Yesterday we had an argument with my wife. We started mildly, then it became more heated, and then it quickly escalated because we were bringing in different issues in the conversations one after the other, blaming each other for all kinds of stuff that didn’t even have anything to do with the original conversation! And I kid you not, we originally started arguing over a cabbage. A cabbage!!! Yeah, I know you are smiling and laughing, but you have been in this situation before. I know, because we all have. Welcome to the club.

So I had a day to recover from the cabbage conversation. I started thinking why a small issue around cabbage (and you can substitute “cabbage” with “toothpaste”, “dishes”, “toilet seat position”, etc.) can lead to such a heated debate about everything else. Here is why. It affects how we work in our work environment, how we interact with our teammates, with our family and loved ones, it affects our whole life.

When someone accuses us of something, we interpret this as an attack and accusation, we raise our guards and try to defend ourselves. It’s quite natural. So when someone attacks us or blames us, what do we do? We attack back! And we go into this neverending spiral of the game called “Who is right”. “It’s a game where everybody loses” — says Marshall Rosenberg. So why our default reaction as humans is to return the attack in the first place. Because since very young we have been thought to do so. The whole society does something very sinister and doesn’t even realize it. When we are little we are told to “behave”. If we don’t behave, we get punished. If we behave, we get rewarded. Then we go to schools where if you get the right answer, you are rewarded. If you get the wrong answer, you are punished. Then we go to work. The same thing — you perform well — a bonus. You don’t perform well — no bonus. Punishments and rewards. Likes and dislikes. All day, every day. That’s how we are raised, that’s what we are taught, so when someone is wrong — what do we do? Yes, we punish him for being wrong. What do we do with the guy that doesn’t signal a left turn with his car in front of us? We punish him with a middle finger. Why? Because he’s wrong. And we are right. 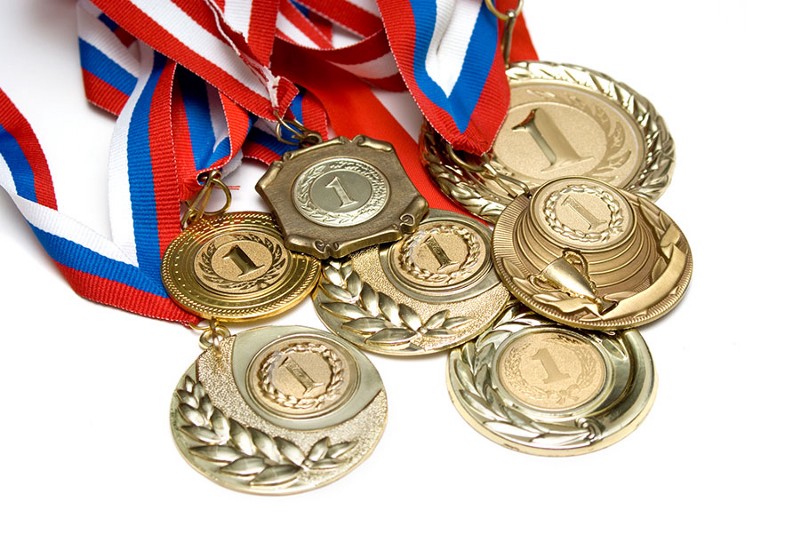 To show you how engraved this idea of punishments and rewards is in our daily lives and especially in our corporate environments, I will tell you another story. There was a really nice company I was working for, but it had some issues around teamwork and disengagement. To battle those issues the management team decided to implement a process that each department had to adopt. Each month, the best-performing employee of that department is given a Pink Bunny. No, not a real one, just a plush toy. The employee that received the Bunny the previous month nominates the person that will receive the Bunny in the current month and so on. Basically, we were told that we will rotate the ownership of the Bunny each month. If you think that this process strangely resembles “The employee of the month” photos of bored employees that you see hanging on the walls of some big old corporations, then you are not alone in thinking that. Here is what this process actually achieved. We were having our department meeting and someone had to be awarded the Pink Bunny for the first time. One of our best teammates received it, it was kind of obvious that he will get it because he really is a smart and great guy. But the air in the room felt very awkward that time. The whole room clapped for the winner, but I can guarantee you — everyone thought to themselves, even for a split second — “Why it wasn’t me?” “Am I not good enough?”, “What should I do to get it next month?”, “I thought my contributions to the team are equally relevant”. Because it doesn’t matter if it’s a big fat check bonus or a Pink Bunny. We interpret this as a reward for behavior. And if you think in this situation there are no punishments so employees shouldn’t feel bad, then think about how would you feel if you don’t receive a reward. You feel punished for not having received the reward. Rewards are just the opposite side of the Punishment coin. And it gets even worse — the behavioral reward is individual. It doesn’t reward the whole team for an achievement, it rewards a single individual. Who in their right mind will implement such a process to combat the disengagement from teamwork and individualism in a company? That’s like adding oil to the fire. Not only this will not fix the teamwork problems, it will actually worsen them. Needless to say, this Pink Bunny initiative didn’t last for very long.

As you see, if we are taught the same pattern since very little, it will be difficult to do something else, because it is really engraved in our default behavior. What Marshall Rosenberg teaches in “Nonviolent Communication” is that to get out of this vicious cycle, we need to start thinking in terms of feelings and needs. The same goes for team behaviors. If we want the team we manage to do something, the wrong way to go about it is to implement some rewards and punishment program. The right way to go about it is to tell the team what we actually want from them. Sounds very obvious, but believe me, it’s harder than it seems. Too often team leaders are either “too nice” — they don’t tell it as it is in fear of hurting someone’s feelings or “too demanding” — not asking for requests, but making demands. And what is the difference between requests and demands? Requests usually don’t come with rewards or punishments. Demands actually do.

So if we want healthy work environments, let’s get rid of this nonsense of rewards and punishments. It just reinforces this constant loop. There is just too much data already that this doesn’t work.